Town Council continually strives to improve and maintain its local environment for the benefit of both residents and visitors alike.  The following are just some of the current projects which are being pursued: –

Destination Lydney – Exciting times in Lydney as plans are being developed to make Lydney a thriving, bustling market town once again and news that two funding bids have since been awarded to Lydney to support this aim.

Recent changes in the way we shop, our local and national economy and a whole host of other factors have resulted in us believing Lydney needs a boost.  It is important that we consider how our town could work more efficiently  – how traffic flows, how people shop, where we park our vehicles and how this will help in making the town an inviting destination for locals and tourists alike,  increasing foot fall for our businesses and  ensuring visitors to our town want to stay in Lydney and invest in our shops.  By also preserving our heritage and green spaces we aim to continue to ensure Lydney remains special.

To make the aforementioned a reality we started consulting in 2013 as part of the town and neighbouring communities extensively to develop the Lydney Neighbourhood Development Plan (or NDP Plan as it is known), which provided Lydney with the opportunity to decide how it wanted to effect change in the future. As a result of this consultation Lydney Town Council, Forest of Dean District Council and Gloucestershire County Council have continued to work in partnership to secured specialist support to further projects such as:

The focus for the team during 2018/19 was the preparation and submission of multiple funding bids.

The team prepared a £1.9M bid submission to the Coastal Community Fund (round 5) for the Destination Lydney Harbour project, consisting of a number of elements which cover the area from the A48 roundabout on Harbour Road to the docks and harbour and serve to improve connections between these areas and the town centre. They can be broadly categorised as Improvements to Access Routes and Wayfinding, Enhancements to the Landscape, Enabling Increased Use of the Canal, Docks and Harbour. The project would complement the forthcoming Gloucestershire LEP-funded Links Lydney Cycle Improvement Scheme.

The bid includes an amount for the refurbishment and conversion of the Harbour Store and Mortuary buildings to provide a heritage information point and toilet facilities respectively plus the installation of a modular café unit.

Preparatory work is underway to ensure a swift start to work on site should the LCCT be successful in its bid. Discharging pre-commencement planning conditions and securing permits form part of the current activity.

The primary rationale for the scheme is to improve connectivity by the delivery of enhanced improvements to walking and cycling links. This falls within the context of the Lydney Transport Strategy and the GCC Local Transport Plan. The scheme will create a pleasant, safe and accessible network of pathways around Lydney, linking Aylburton, Lydney town centre, the railway stations, Dean Academy and nearby residential developments. Since 2013 a tremendous amount of positive collaborative partnership working between Lydney Town Council and GCC has enabled this project to develop and fulfil the key objectives and stringent requirements of GFirstLEP; work is expected to commence ‘on ground’ Summer 2019.

The Flood Defence Multi-Agency Group – Project Aim: To provide the fora which enables positive partnership working to take place on order that complex issues can be shared, discussed and resolved.

The ability to work together on flooding issues has enabled progress to be made to reduce the risk of flooding in Lydney. Without doubt, the increasing frequency of extreme rainfall events as a result of climate change, will increase the chances of flooding as drainage systems need enhancement to cope with increased flow rates in the catchment.

Through the sharing of ideas, solutions, funds and fundraising potential, a number of flooding problems have been progressed. A number of projects have been developed through this multi-stakeholder approach and they include: Lakeside Avenue, Cookson Terrace, Mead Lane, the early warning system, the Penstock, and liaison with the new housing developments upstream of Lakeside Avenue. New flooding issues have continued to be monitored as they have come to the attention of the group.

It would be fair to say that these projects are ongoing as the need to increase system capacity for a growing population and the need to upgrade both sewerage and surface water run-off drainage infrastructure is expensive and time consuming. 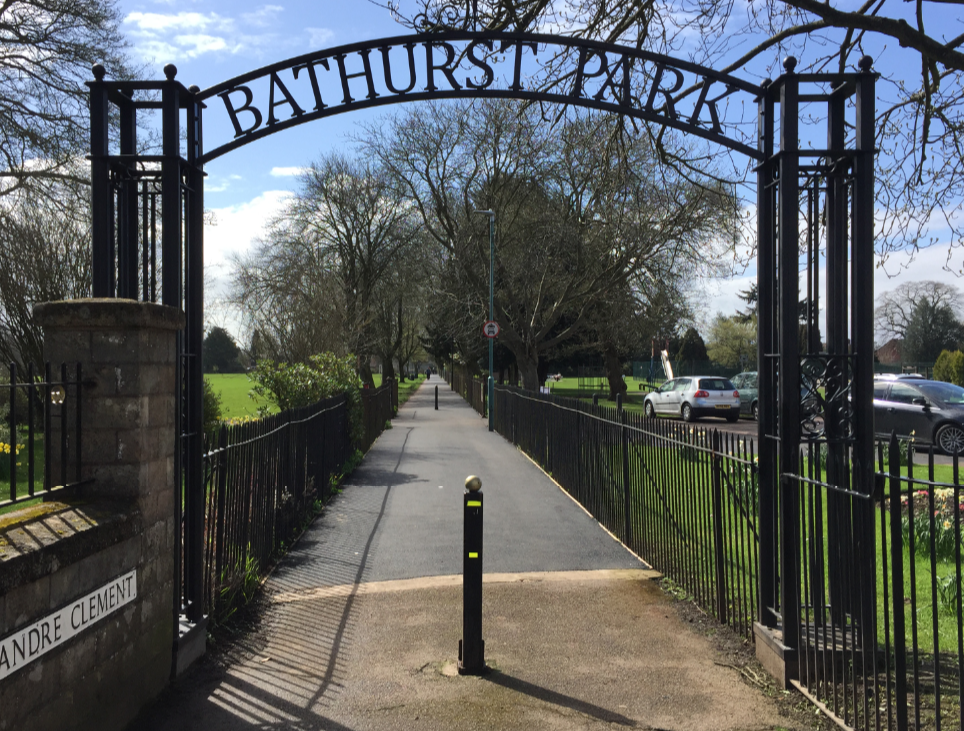 Having successful secured Grant Funding work has commenced on the resonation required to return the park to its former Victorian splendour.

Located within the conservation area there have been a number of hurdles to overcome, however; we are pleased to advise that Phase 1 , the making good of the wrought iron railings enclosing the Lady Park is now complete, Phase 2 a wrought iron ‘Bathurst Park’ sign has recently been erected and Phase 3 , currently new wrought iron railings are being erected to enclose the formal Memorial Gardens and Pond.

It is hoped that in the future the enclosed gardens complete with Bandstand will be licenced allowing for weddings/civil ceremonies to take place in the beautifully planted gardens. 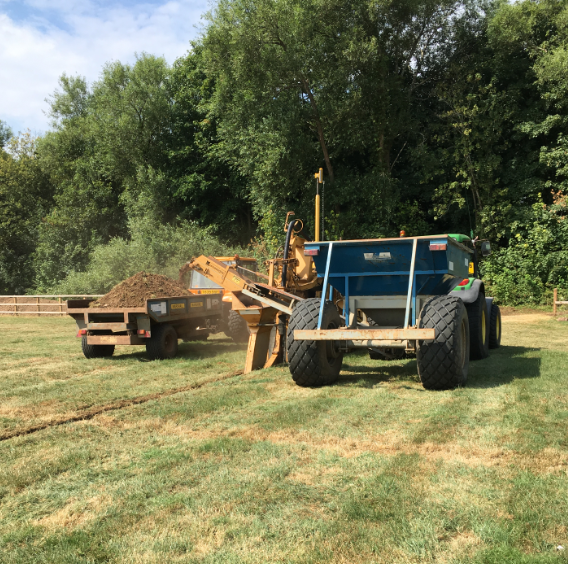 The Trust has carried out a number of improvements to its facilities over the last twelve months.

The original drainage scheme on the Recreation Ground had become almost redundant due to the fact that the original clay pipes had either clogged up with soil or had collapsed, resulting in water lying on top of the grass. The Trust invited quotations from a number of contractors to provide a replacement drainage system which balanced the requirements of the site users against the Trust’s financial constraints.

South Wales Sports Grounds were appointed as the Contractor to provide the new drainage system. Work to install the drainage system began in July 2018 and the new system has proved to be a great success.

It is anticipated that further work to improve the pumping system is required and currently the Council/Trust is working with the sporting club’s to consider the use of grey water and other innovative projects aimed at utilisation of existing natural resources, possible hydro pumps/water harvesting techniques.

Lydney Neighbourhood Development Plan – please click on the aforementioned text to be taken to the website for the NDP.

Lydney In Bloom – Lydney Town Council is working in partnership with the local business community and residents to enhance the visual appearance of areas throughout the Town.  Below are pictures of the improvements which have been created outside our Fire Station and Hylton Court parade of shops.

Town Centre Improvements – We have received feedback that the town centre could be improved and we are looking at ways to improve appearance, to make Lydney a more attractive and appealing community.

Lydney Town Council  has been working with a local specialist, Jo Johnson Landscape Architects, to look at how it can improve the look and potential of Lydney . Jo has extensive experience in this area, including architecting the developments in Cardiff Bay.

The following illustrates how the look and distinctiveness of Lydney could be improved.

© 2022 Lydney Town Council | All Rights Reserved
We use cookies to ensure that we give you the best experience on our website. If you continue to use this site we will assume that you are happy with it.Accept